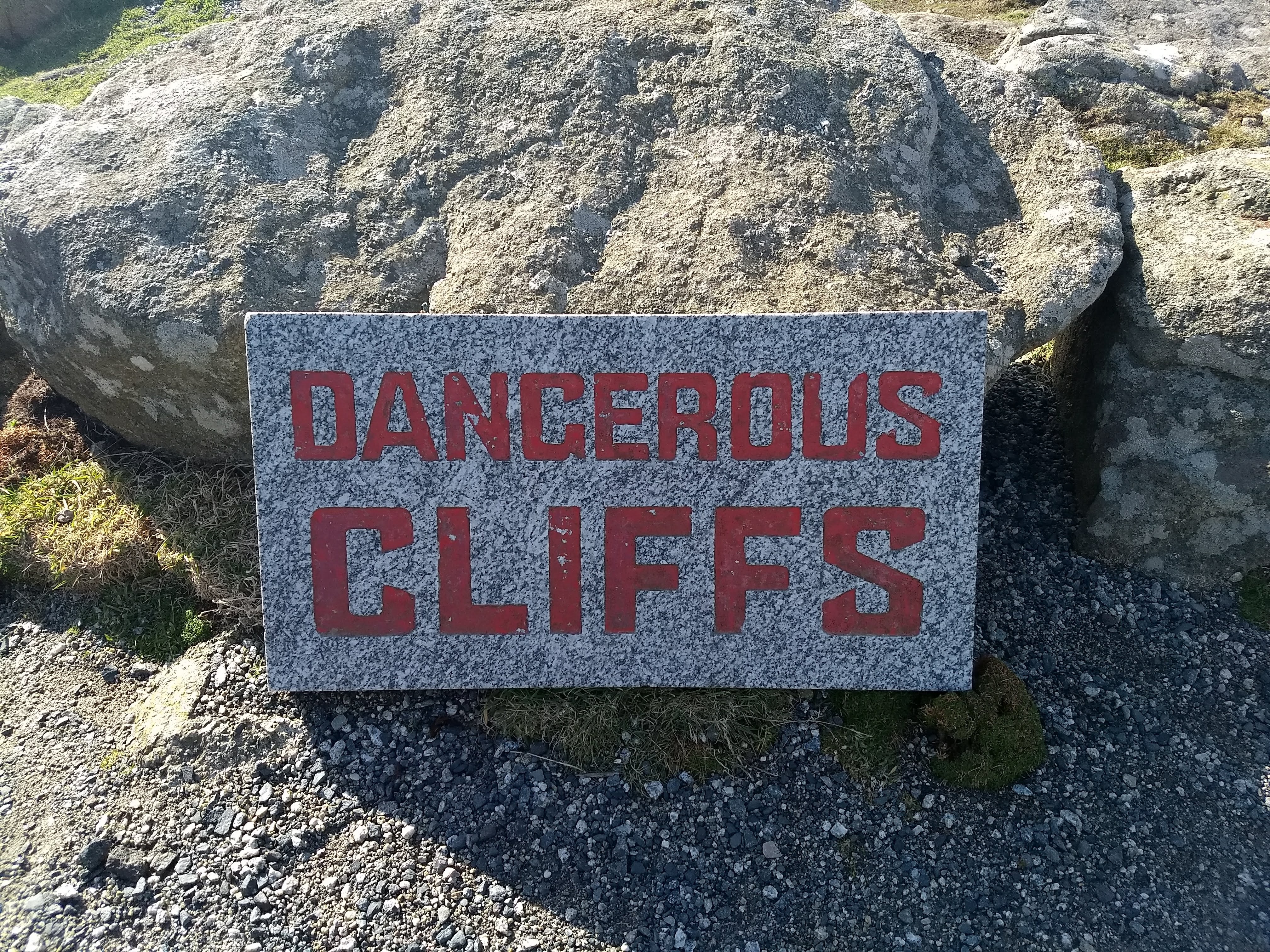 Back in the last splutterings of the previous century, 31st December 1999 16:00(ish) we were in Cornwall escaping the end of the world aka the Y2K bug (laughs in retrospect).

We were climbing on the sea cliffs around Lands End with two 12 year olds and two 8 year olds. One of the twelve year olds and one of the eight year olds were my sons, the other two their friends. That afternoon we were climbing Longships Ridge, a modest 'diff' that was perfect for my eldest to lead the other 12 year old. I was following, leading the two 8 year olds. It was perfect weather with a low late sun with dusk advancing (it gets darker later this far south). A wonderful adventure for the children.

In the spirit of the climb, we were taking it seriously with ropes, racks of protection and helmets. It was my eldest's first lead and he wanted to do it properly. For those unfamiliar with rock climbing it can be surprisingly noisy with shouts to and fro between the leader to the second, the clanking of the protection in the rack against the rocks and the general need to make onself heard above the wind and the waves crashing at the base of the cliff. Four children make it much louder.

When I finally got to the top with the two eight year olds, my eldest and his friend had been waiting for some time. The afternoon had worn and it was getting darker and gloomier as the evening arrived. They were sitting by the edge of the cliff next to a sign saying "dangerous cliffs", watching me ~~herding cats~~ leading two 8 year olds up the ridge.

And to our surprise there seemed to be several hundred people gathered on the field above the cliff watching the children watching us next to the sign saying "dangerous cliffs" and of course listening to our expletive ridden progress upwards (the children swore like sailors). You could almost hear the collective gasp as the two eight year olds with full climbing gear, helmets and ropes finally pulled themselves over the top of the cliff in the gloaming dusk. Over the top of the "dangerous cliff"...

I like to think that we provided some light relief for the crowd while they were awaiting the millennium fireworks display over the bay (as I discovered later).

We are accustomed to obey signs early in our lives and a sign that says 'dangerous cliffs' really does need to have notice taken of it (although surely they don't need the 'dangerous' to decribe cliffs? Maybe I simply haven't come across benign cliffs yet. The people that commission these signs obviously need to cover all bases).

I thought it was funny but it made me think about similar signage. When I see a sign like the one above it makes me more interested in the danger rather than thinking I must avoid it.

I want to look over the edge.

This is what I mean. Who wouldn't want to climb over the fence to see the quarry?

These signs are plastered all along part of the Penine Bridleway where we were walking last weekend. They are very dramatic. I'm kicking myself for not photographing the full set, there are several more. All of them make the quarry incredibly tempting to explore.

Somehow it doesn't put me off wanting to look. Does that make me a bad person?

You probably think it makes me a stupid irresponsible person.

Most of these signs could be put on an average rock climb. (Most) climbers are not candidates for Darwin Awards despite the danger.

We choose our level of risk. It needs to be an informed choice. The signs give us that information.

Mostly though, we have no choice. The signs say no.

Unfortunately that sounds like some quasi-libertarian shite. I am not a libertarian, quasi or otherwise. It is not about my inalienable right to be a complete tosser at whatever cost to society and the planet. It is about curiousity and excitement and wanting to explore new and different places. Only to find them fenced off.